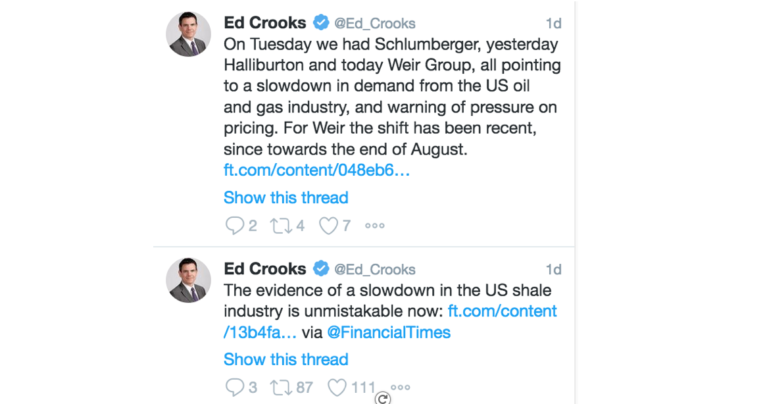 So reports Ed Crooks on Twitter, referring to his FT article based on a gathering of the service industry in New York. Schlumberger CEO Paul Kibsgaard on the rapid declines of “child wells” drilled nears “parent wells”: “This suggests that the Permian growth potential could be lower than earlier expected.”

“The US shale oil industry is slowing as logistical challenges including labour costs and a lack of adequate pipeline capacity pile up, the chief executives of some of the largest production and oilfield services companies have warned this week. Evidence is accumulating that the boom in the industry that began two years ago is cooling off, particularly in what has been its incandescent centre, the Permian Basin of western Texas and eastern New Mexico.”

No exploration in the article of what the implications are for debt servicing.